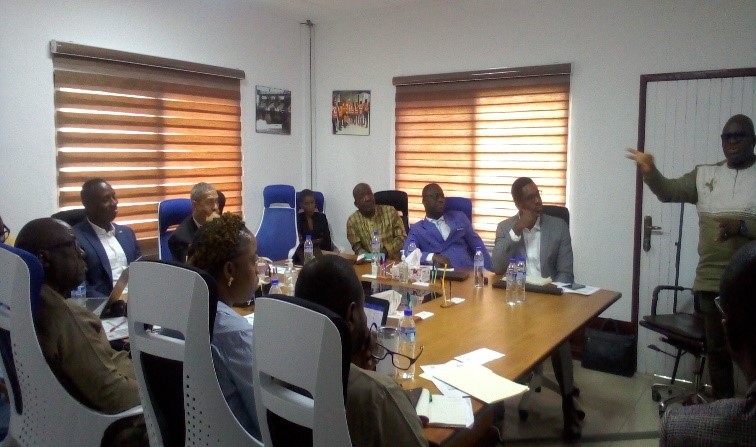 A five-member delegation from the Electricité de Guinée (EDG), recently paid a working visit to the Liberia Electricity Corporation (LEC). The team was led by its head of delegation Mr. Abdoulaye Kone, who outlined potential possibilities for collaboration between both the LEC and the Guinea power company, for the transportation of Electricity from Guinea, through the CLSG transmission lines.

“Under the West African Power Pool (WAPP) arrangement, this is an excellent opportunity for bringing together our two companies,” said Mr. Abdoulaye Kone, the EDG team lead. “This construction project is beneficial to both countries and the Sub region as a whole,” he said”

According to the head of delegation who also provided updates on potential sources of electricity from generation sources in Guinea, Liberia stands to benefit up to 180 megawatts of power through this arrangement between both entities.

“There is also the Guinea and Mali grid construction project which is 714 kilometers of transmission lines. We are just 125 kilometers from N’zerekore in getting connected to the CLSG,” said Mr. Amadou Telly Samake, EDG Transmission Director. “With the completion of this new line, Liberia will then be opened to three sources of power distribution access from Guinea.”

The CLSG interconnector project is a 1,350 km transmission line, allowing power exports from La Cote d’ Ivoire to Liberia, Sierra Leone and Guinea. These connections provide connected countries with increased supply of power, to meet the growing demand for electricity and to also create incentives for interconnectivity.

“On behalf of the Government of Liberia and LEC, I will like to formally welcome our brothers from neighboring Guinea. Our two countries have shared close bilateral ties over many years,” said Mr. Monie R. Captan, Acting CEO of LEC. “Our two companies have similar issues in the areas of power generation, transmission and distribution. The need for mutual cooperation between EDG and LEC is vital in ensuring that we meet these needs,” he stressed. 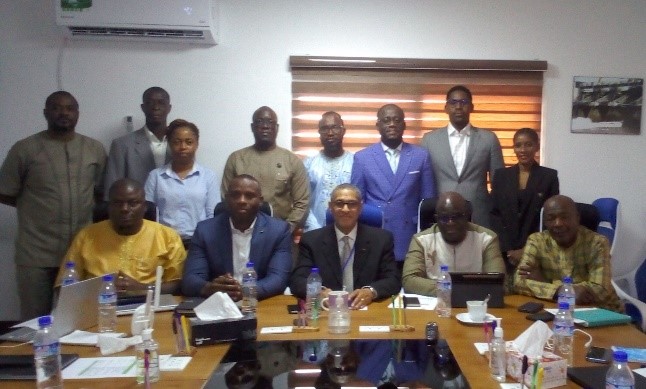 The Guinea transmission network is undergoing a process of rapid extension, which is mainly due to various interconnections that have been launched by the Government of Guinea, its development partners and neighboring countries.

“There is an ongoing project with the Linsan substation which was previously with the CLSG. Once the substation of Linsan is completed, CLSG network will be fully connected on that end,” said Mr. Jerry Taylor, Country Manager/Transco CLSG. “Currently Transco is nearing completion of a substation in Zerokore. Transco has converted a line from its substation in Yekepa, to power Zerokore. These two projects are nearing completion. When completed, Transco will then be linked to Guinea,” he said.

The CLSG transmission line which runs into Guinea, will also be used for a further expansion of the distribution grid, of which Liberia stands to benefit through this arrangement with EDG.